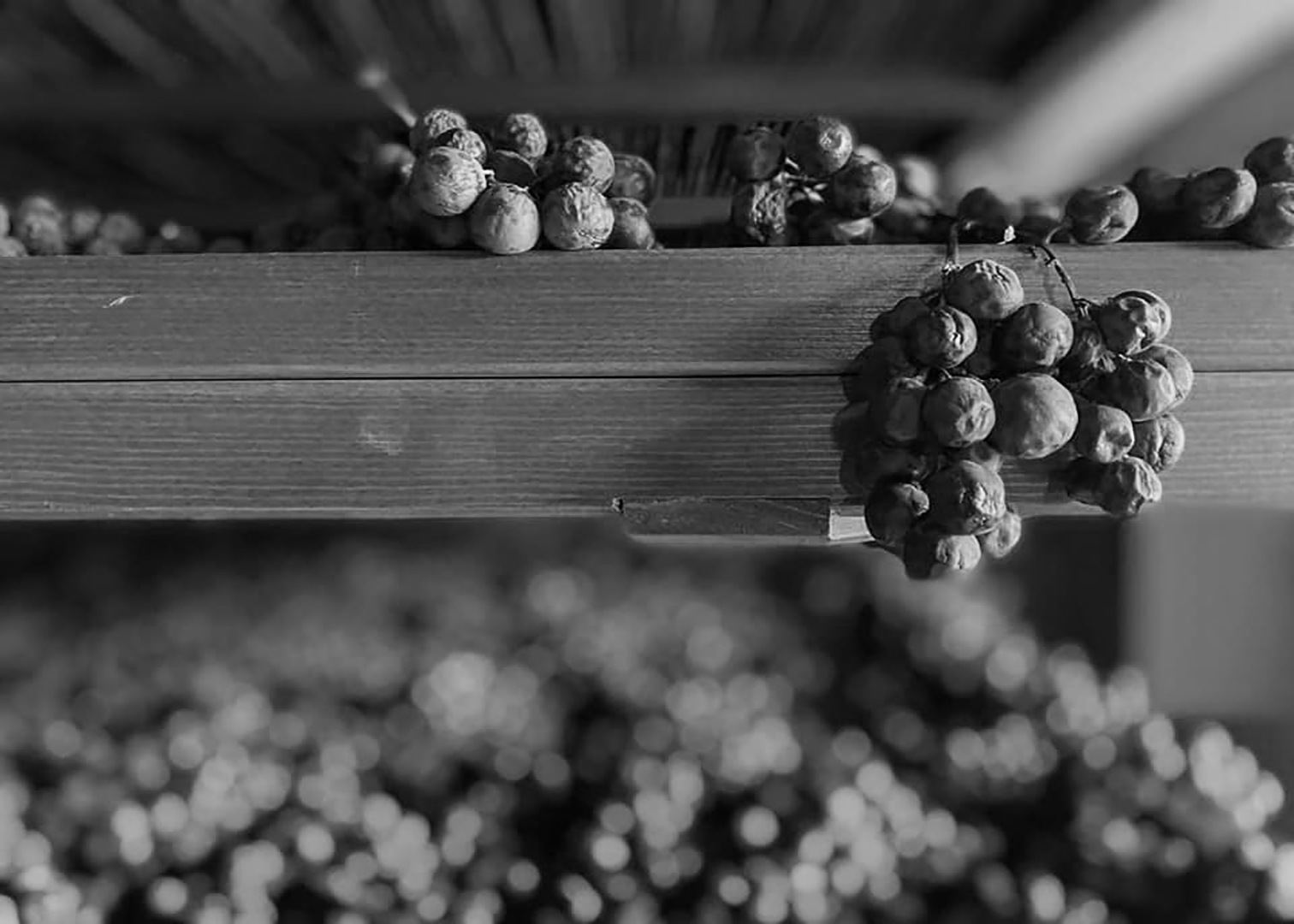 Serendipity is that phenomenon that happens when, whilst looking for something, a person unexpectedly finds something else. The beauty is that the “other” is a real surprise, something that often has a greater value than what was originally pursued. In short, it is a lucky, unplanned discovery. Christopher Columbus discovering America while actually looking for the Indies is perhaps the most famous case of serendipity. Then there is the Tarte Tatin, born when the Tatin sisters forgot to put the base in the apple pie; the popsicle, accidentally invented by Frank Epperson forgetting a glass of soda in the cold; and penicillin, the result of Alexander Fleming’s incorrect disinfection of a specimen.

Amarone also seems to be a typical case of serendipity. The legend tells of a person named Adelino Lucchese, cellarman of the cooperative winery of Negrar, who in 1936 found a forgotten barrel of Recioto wine. In opening he realized that the sweet wine, continuing to ferment, became dry. He tried then to recover from the damage, without success. The cellar manager, warned of the problem, decided to taste that missed Recioto anyway and he was pleasantly surprised by the result obtained. The phrase he seemed to have addressed to the cellarman is “this is not amaro (bitter), but Amarone!”.

Thus was born the famous wine of Valpolicella, with first sales document dated back to 1938. Amarone was then distributed in all respects starting from 1953, immediately obtaining an excellent commercial response. In 1968 the first disciplinary was approved: the DOC certification was recognized for the wine. Its success continued to grow, especially abroad, and in 2010 the DOCG certification also arrived. Amarone is technically a dry passito with no or almost no residual sugar. The peculiarity of the production process lies precisely in the drying of the grapes, which leads to concentration and great expressive potential. The wine is produced with the historical grapes Corvina, Corvinone and Rondinella, to which it is possible to add both local grapes and other varieties.

If we look at the path taken by this great wine, one star shines more than the others along its ascending parabola. It is the one of Giuseppe Quintarelli, the man who was able to bring Amarone to the highest quality levels, sanctioning its success and fame all over the world. The winery was founded by his father Silvio in Negrar at the beginning of the twentieth century. It will be Giuseppe, the youngest of the children, who will take it in hand in the 1950s, continuing the work started by his father. The company grew in compliance with traditional processing methods, enriched by some important evolutionary choices. In the 1980s, for example, other international varieties were added to traditional grapes, such as Cabernet Sauvignon and Cabernet Franc, and still others such as Nebbiolo and Croatina. What hasn’t changed over the years is the tension towards uncompromising, absolute excellence.

Giuseppe Quintarelli was a simple and generous man, so selfless as to share all the secrets of his profession with Romano Dal Forno, shaping his successor. A great producer who died exactly ten years ago, in 2012, when his daughter Fiorenza took over the reins of the company together with her husband and children.

Several labels, all of monumental importance. Among these, Amarone della Valpolicella Classico stands out as a real legendary bottle. Let’s talk about 2013. The vintage, from a climatic point of view, was ambivalent. In the first part, the plants suffered the effects of a difficult climate, with low temperatures and frequent rains. In the second part, from June onwards, the weather instead turned in the opposite direction, leading to the harvest of fruits with a great quality profile. It is in fact one of the best vintages for Amarone, which many producers have managed to translate into wines of extreme finesse. Quintarelli’s, in particular, shows a ruby ​​red dress of great intensity, immediately suggesting a lively and vibrant material. The nose opens with hints of potpourri and outlines a touch of dark notes that the palate makes more evident. The sip is regal, sumptuous, with jam fruit that leaves room first to iodized sensations, then to hints of cocoa bean and licorice tones. As in all major works, not only the oenological ones, it is in the finale that the masterpiece is confirmed.

Fifteen years in communication, today Graziano Nani is Creative Director of Doing. Sommelier Ais, writes for Intravino and Vertigo Magazine, part of the Passione Gourmet network. On Instagram is #HellOfaWine, dedicated to wine excellences. His wine blog is gutin.it, he mixes stories and illustrations. He also loves cooking: he talks about chefs and wines of the heart with themed tastings.