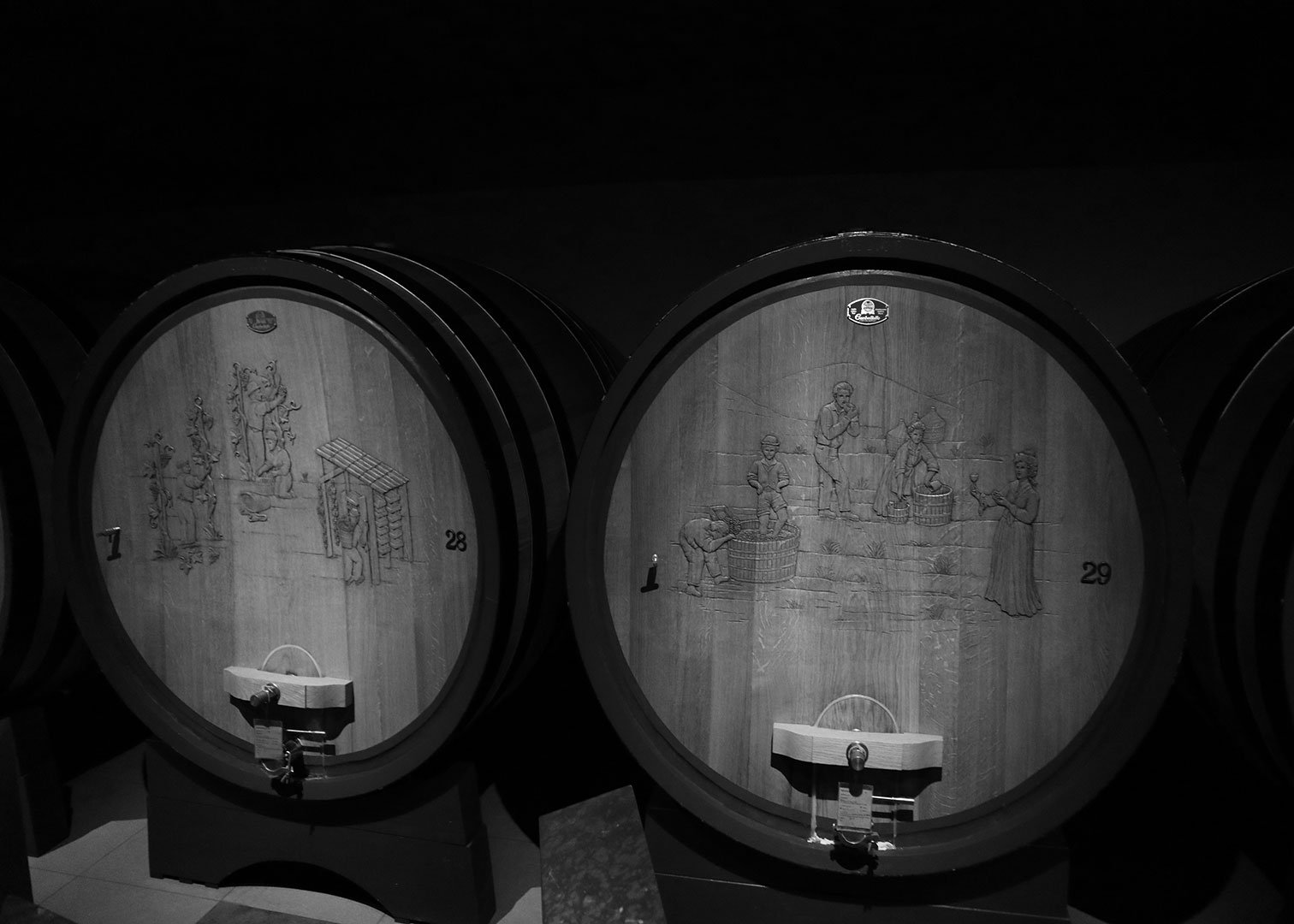 When it comes to passiti, the first thought often goes to sweet wines born from a withering process. However, there are cases of dry passito wines, that is, without or almost no sugar residue. The two best known Italian examples are those of Amarone della Valpolicella and Sforzato di Valtellina, united by a completely similar production process and an equally similar impact in the glass. The key point is that of the of the withering of grapes, with weight loss and relative concentration that increase the structure and expressive strength in power, as well as increase the alcohol content.However, there is a further theme linked to profound transformations that occur in the grape and go beyond the loss of water and the sugars concentration.

During the drying phases, in fact, acids and polyphenols participate in a complex transformations series. Certain compounds classes, responsible for some complex notes such as woodland and more generically linked to the earth, are specifically activated in the dried grapes. Not to mention that in many cases the berries richness is further enhanced by the noble contribution of botryris cinerea, a trigger and main factor responsible for the magic of botrytized wines.

The Sforzato in particular is produced in Valtellina from the Nebbiolo grapes processing, which are dried on racks in perfectly ventilated lofts for about three months. Nebbiolo, in this valley, takes the name of Chiavennasca, a variant that is expressed in an alpine version distinguished by its marked freshness and minerality. If the Valtellina wines are therefore characterized by their subtle profile, the Sforzato, with its vigor, represents the noble counterpart, so much so that it often creates more than one question as regards the combinations. Game? Braised? Hard cheeses? These are all viable roads, so that the plate has sufficient structure to “hold up” the combination.

Very similar speeches also apply to Amarone, the Valpolicella icon wine. Amazing case of serendipity, it is in fact nicknamed “Recioto Scapà” precisely because it owes its discovery to the carelessness of a cellarman. It is said that some barrels of Recioto, which in fact is a sweet wine, were forgotten in fermentation until the complete exhaustion of sugars, incidentally giving birth to Amarone. The historical grapes with which it is produced are Corvina, Corvinone and Rondinella, to which it is possible to add other local and non-local grapes.

The harvest is done using boxes of about 7 kilograms, after a rigorous bunches selection. The drying takes place in the fruit-growing areas on the hills, where good ventilation and low humidity are exploited. The process, which lasts between three and four months, can be carried out on mats, wooden boards or on traditional racks called “arele”. The result is a decrease in the weight of the bunches between 30% and 40%. A soft pressing is then carried out, with or without de-stemming, and a long maceration, aimed at the best extraction of tannins and pigments. Fermentation is slow and can last up to ninety days. The Amarone then rests for at least two years in wood, barrique or in any case oak barrels. The result is a powerful and structured wine, characterized by a marked glycerine imprint and an important alcoholic strength which is generally between 15% and 16%.

Over the years Amarone has been able to carve out an international stage of the highest profile and among the cult producers, Romano Dal Forno certainly stands out. At the age of twenty-two, the meeting with the legendary Giuseppe Quintarelli marks the way towards a search for absolute, almost obsessive quality. The 2013 version of Amarone Monte Lodoletta is a monument of boundless energy to this type of wine in its most noble expression.

Four months of drying, sixty months in barrique, it already expresses all its majesty on the nose with hints of blueberry juice to which the bitter cocoa counterpoint notes. The sip is sumptuous, material, subtly earthy. A polo shirt on fruit, with plum and raspberry in the foreground, a second polo on licorice dark notes, a third polo on warm leather tones.

The Monte Lodoletta richness is overwhelming and the range further opens onto a myriad of other refined suggestions, among which the white truffle stands out, a sublime meeting point between the dark of the earth and the light of very refined sensations. And precisely this kaleidoscope, which generously opens up to new nuances without interruption, leads us to think that perhaps the right place for a wine like this is not so much next to a dish as at the end of the meal, on its own. When the dishes clash and crockery gives way to the sweet sound of unhurried chatter, and the greatest pleasure is to take all the time you need.

Fifteen years in communication, today Graziano Nani is Creative Director of Doing.Sommelier Ais, writes for Intravino and Vertigo Magazine, part of the Passione Gourmet network. His Instagram account, #HellOfaWine, is dedicated to wine excellences. His wine blog is gutin.it, where he mixes stories and illustrations. He also loves cooking: he talks about chefs and wines of the heart with themed tastings.