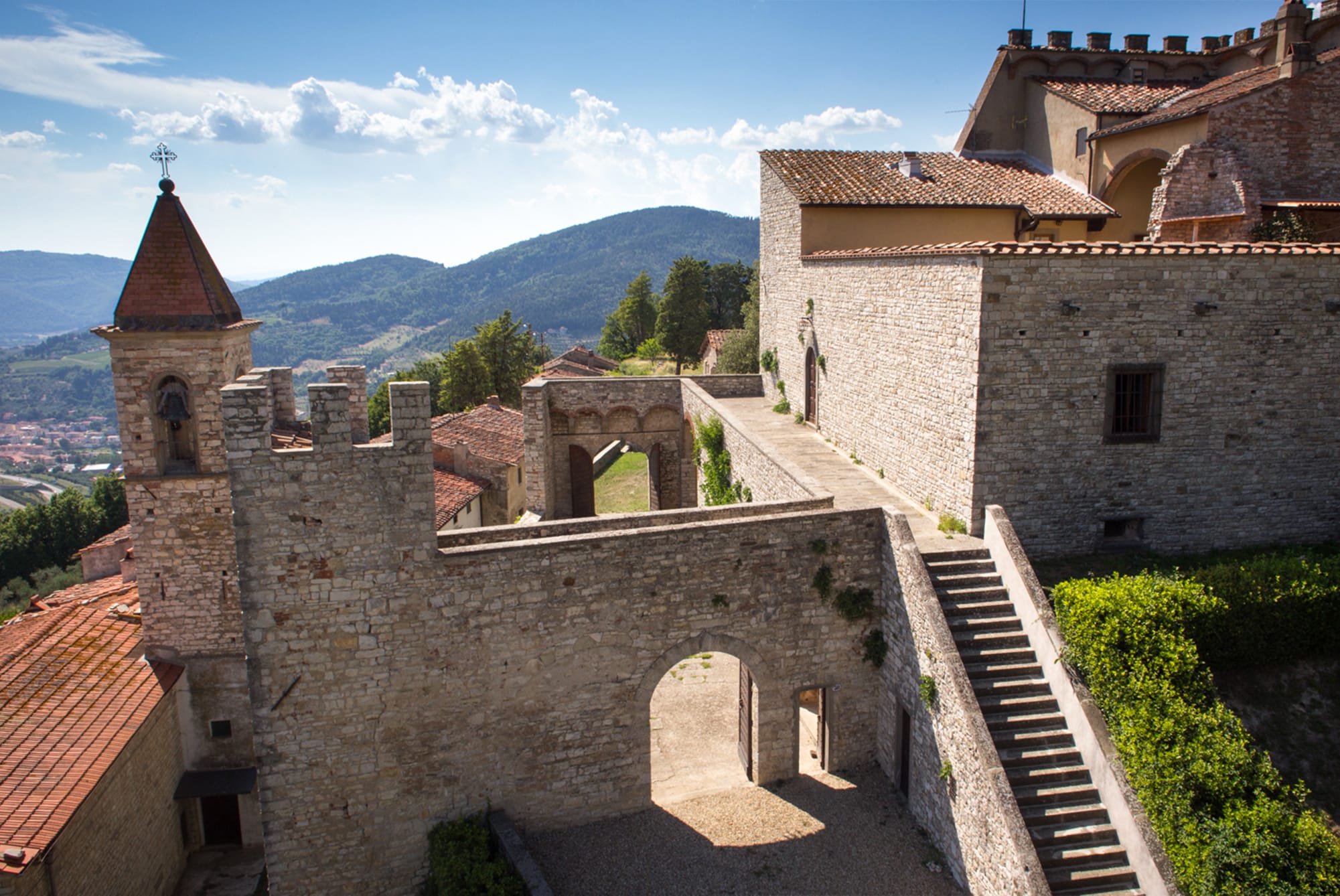 Seven hundred years of history, more than thirty generations, an annual production of about seven million bottles and 1500 hectares of vineyards scattered throughout Tuscany, from Chianti to Montalcino, passing through the Maremma: the numbers of the Marchesi de’ Frescobaldi winery are impressive and already tell enough about the importance this family had and still has in Italian winemaking.

Already famous in 1300 for their proximity to Dante Alighieri, the generations have handed down over the centuries ambition, creativity and pursuit of excellence in many fields, from poetry to music and finally to viticulture, with the contribution of Ferdinando, Leonardo and Vittorio Frescobaldi in elevating Tuscany to a place of excellence during the twentieth century.

They’ve been the first to introduce – in 1855 – international vines in Tuscany (Cabernet Sauvignon, Merlot, Pinot Noir and Chardonnay), they’be been responsible for the construction of the first Italian winery exploiting natural gravity for decanting the barrels (Pomino, 1894), more recently (1990s) have introduced the first blend of Sangiovese and Merlot – which takes the name of Luce – in their Montalcino estate. In short, innovators by vocation who experiment starting from a solid knowledge of the territory and tradition. The Marquises de’ Frescobaldi represent an immovable piece of Tuscan and Italian wine history, made up of an impeccable mix of entrepreneurial vision, local roots and extraordinary expertise in the vineyard and in the cellar. Today owners and tenants of some of the most important estates in Italy where iconic wines now famous all over the world are produced, Frescobaldi interpret the diversity of Tuscany in every estate, vineyard and wine.

The Castello di Nipozzano estate is the beating heart of Frescobaldi. A few kilometers from Florence, located in the production area called Chianti Rufina, stands an estate with an almost millenary history. Several families succeeded each other on the property: the Guidi, the Guerra, the Cerchi, the Albizzi and therefore the Frescobaldi families all contributed to the centrality of this “well-less” stronghold, built in an area poor in water and then eligible to the cultivation of vines. Located not far from Pomino, it was one of the first areas in Tuscany to plant French grapes at that time unknown as the Cabernets, Merlot and Petit Verdot: after more than 150 years, the same varieties contribute to master the production of Nipozzano and its main wine, the Mormoreto.