Masseria Frattasi: the absolute modernity of an ancient knowledge 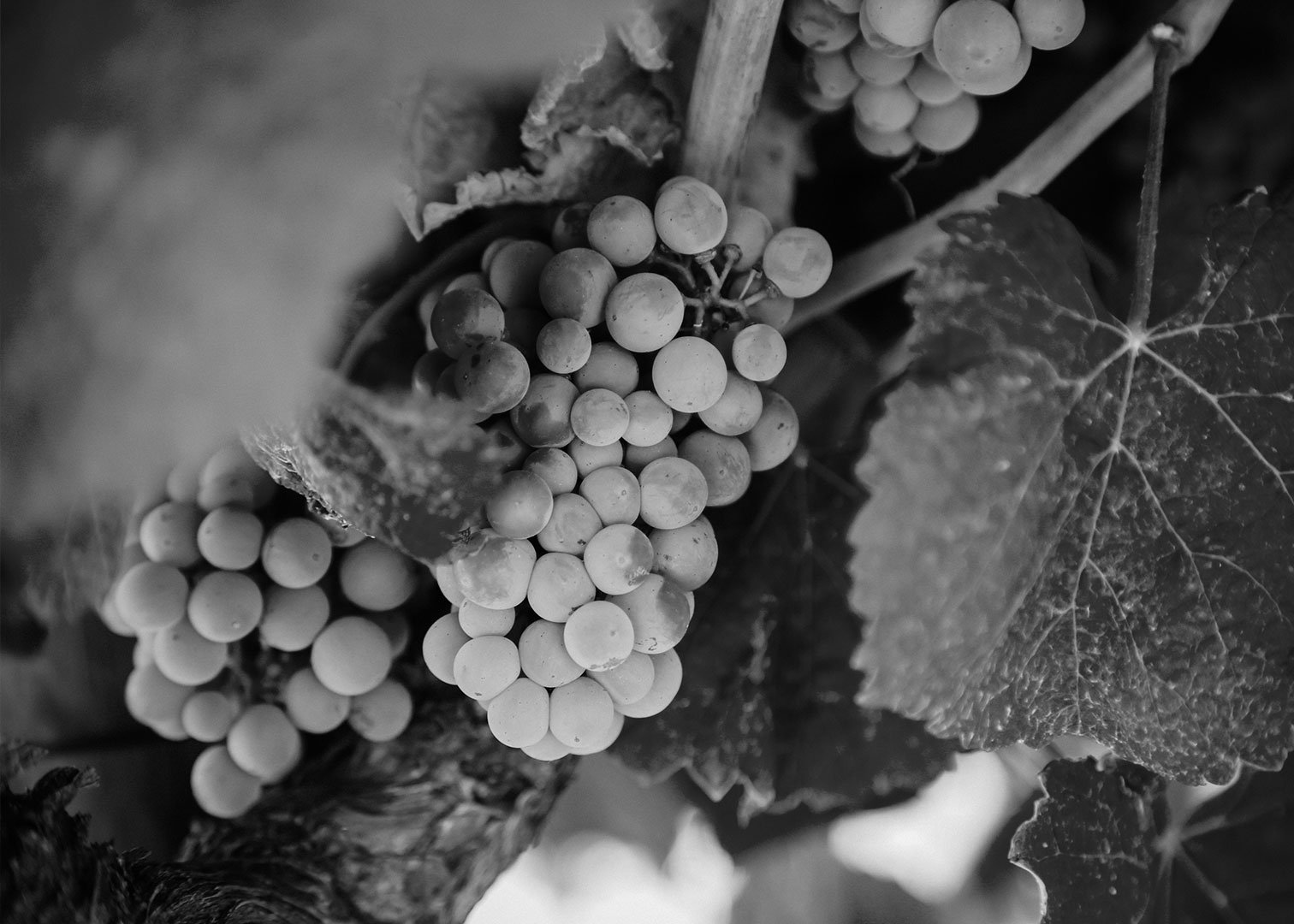 900 meters above sea level, slopes over 40 degrees and a Mitsubishi L200 capable of whizzing through the vineyards in full harvest. There would be the conditions to patent a new extreme sport but too hard to reproduce the circumstances, the terroir and the driver, “a certain” Pasquale Clemente who, after offering us the best pasta and potatoes of our life at the La Falanghina restaurant in Bonea (2 not-accidental names!), literally transported us into an experience almost impossible to describe in words. In between, we also managed to interview Pasquale who is really the soul of Masseria Frattasi. The result was a long chat about identity, territory, history and roots.

Starting from its origins, Masseria Frattasi grows varieties that are mostly indigenous, you have ancient vineyards and the history of your family is closely intertwined with Sannio’s, so I ask you: if it is true that wine is an expression of its territory, so what does it mean for you to make wine in this area?

It means bringing with you the experiences gained by the different generations that have followed one another here, it means having naturally assimilated a deep, almost symbiotic knowledge of the territory. It is truly the fruit of centuries of work: for us to prune a vine in a certain way, to put the vines in a certain place means to draw on an ancient knowledge that goes beyond our individual history and that has been stratified over the centuries.

Let’s not forget that this was the territory that the Greeks chose to bring viticulture to Western Europe. So knowing this area means going to the roots of the entire history of Western viticulture.

A secular dimension that is testified, among other things, by the great variety of indigenous vines found in this area. It is an extraordinary wealth, even if many are not cultivated because they are not recognized by the national vine register. Well, for me, making wine here means taking all this complexity and make it own.

Keep talking about the territory, yours has always been a job of protecting the Sannio and its typicality but also enhancing its history. Can we talk about a humanistic vision of making wine?

Let me answer with a personal anecdote. At the Metropolitan Museum of New York there is a bas-relief depicting the cultivation of vines during the imperial period. Now, for anyone – from anywhere else in the world – that bas-relief is simply a beautiful work of art, for me – when I saw it – it was quite natural to recognize the Falanghina pre-phylloxera vines that we have here in Campania, especially in Sannio. This is to tell you that we have a historical, cultural and environmental heritage that no one else has and is in our DNA. So working here cannot ignore this aspect, although for me it is important to emphasize that we are a company very well rooted in the contemporary world. There is no nostalgia for the past but there is an awareness of the wealth it represents and the desire to pass it on also thanks to the tools that the present times offer us.

What does it mean to grow in a place with such unique characteristics? And what does it imply from the point of view of practices in the vineyard?

Let me say that this, as a whole, is an exceptional land from a physical and chemical point of view and that is why the Greeks first colonized it. It was born from the explosion of dozens of volcanoes, so it is very fertile, here it is possible to have even four harvests per year. For millennia, when the land was still the most precious asset, this part of the territory was coveted by everyone: Lombards, Goths, Hungarians have all passed through here because it was a land of abundance.

Specifically, Masseria Frattasi is located in the country side and is set among the highest mountains of the Campania Apennines, almost all of our vineyards (about 80%) are located above 600 meters above sea level, so ours is a true mountain viticulture.

Growing at our altitudes is certainly difficult but it allows us to do very few treatments. It is an aspect of the chemistry in the vineyard that everyone is dealing with now, while for us it was a matter of continuing to work as our grandparents do. We found ourselves being modern simply by doing what our grandparents had already identified as a good practice, which produces healthy grapes that respect the earth. Going back to the previous topic…as you can see, making wine here means continuously dialoguing with history, finding oneself – also for this reason – extraordinarily contemporary.

We operate an extreme organic viticulture, I would say even natural, because we do not use either pesticides or herbicides, certainly helped by the altitudes that allow us to do only four treatments a year. Very few. And it is all manual, without the use of machines, precisely because of the peculiarity of the territory and its terraces.

What character does the fact of being born here give to your wines?

In short, I would define them as heroic mountain wines.

You were talking about a natural vineyard regime: in this regard I ask you what do you think of the polarization between conventional wine and natural wine?

It all depends on how the company behaves. The problem with conventional viticulture is that it has gone too far, it pollutes too much, it produces too much. Let’s say it’s too aggressive.

Sustainable local good practices are not a recent issue for us but are a legacy that we have collected. Here we have the highest concentration of centuries-old vineyards in Campania, as also recognized by the University of Salerno…we could not do otherwise than to continue on the path we have drawn. Also because, despite the perception that trends can convey, viticulture is not something that can be improvised, it needs time: time to understand, time to experiment, time to know a territory and how the vine behaves in relation to it. It is a process; in our case a centuries-long process, which is what allows us today to fit harmoniously and with measure into the place we cultivate and inhabit.

In the cellar, however, how do you work?

We bow to his majesty the grape, because first of all we feel like vine growers. The winery comes later and still plays a secondary role for us compared to the vineyard. Often it is the cellar and technology that impose choices, for us it is always the opposite: it is the bunch that decides. With all that goes with it; for example, for all our wines we use very few sulphites, because our grapes are very healthy, thanks to the low yields and altitude and therefore there is hardly any need to intervene.

Let’s talk a little more about history: can we define you as “the custodians” of Falanghina of Bonea?

My grandfather never wanted to abandon it, so in the family we have always grown and vinified it. It may be that there was someone who bottled it before us, but certainly no one has started making wine before, because we have been doing it literally for generations and we have never stopped.

If you want to look to the historical origin of Falanghina you have to come here, in this micro-area of ​​Sannio: until fifty years ago, Bonea and Montesarchio were the only areas of Campania in which it could be found. Subsequently these small vineyards – which were saved from phylloxera thanking to the volcanic soils – began to spread to the rest of the region.

We certainly have a “special relationship” with Falanghina, think that there are four cultivars, we are the only ones who cultivate and make wine with all of them. In the rest from Campania you will find only the two most common.

And how did it go with the Capri DOC?

It was the last surviving red vineyard on the island, we wanted to recover it to resume cultivating. It is all very simple in reality but, as often happens, simplicity is the result of an initial complexity.

There was a desire to pay homage to a beautiful island that offers dozens of different grape varieties and, in a broader sense, this wine is a tribute to Campania as a whole, to the fact that very different territories coexist within it giving wines with equally different characters.

Surely Masseria Frattasi played an important role in the revival of Sannio and Campania viticulture, as demonstrated by the history of Falanghina. Looking at today, where are you? Or rather, how do you judge the “health” of winemaking in your region?

For me there is a basic consideration to make: the regulatory aspects of viticulture in our country are crazy. Very often I have the feeling that those who deal with wine in Italy from an institutional and regulatory point of view do not really know our world very well. And this is a problem, not only for Campania wines but for everyone.

In your opinion, what are the dynamics that have led the viticulture of some Italian regions – such as Piedmont or Tuscany – to have a greater appeal than that of Campania?

I am convinced that it is only a fact of knowledge. I believe that we simply have to give time to time so that people can appreciate and get to know all the richness that exists here and which is second to no other winemaking tradition in the country. After all, if Hemingway mentions Capri Bianco so often in A Farewell to Arms, there must be a reason!

Consider that before the Second World War, Campania was the first region of Italy for wine production, then many things have changed. Certainly, the fact that ours has always been a very difficult viticulture has blocked the way to a more industrial transformation, which on one hand has been good, on the other has perhaps discouraged us from investing in these lands.

Now it is a matter of continuing to work well and making some more effort to make people have different experiences, to make them know this territory more. It is also a propitious historical moment because the sensitivity and attention of consumers to certain aspects – such as respect for the territory, the importance of native vines – are changing.

Your relationship with the international market is historically very good. What about this passion for your wines?

Foreigners certainly love our wines but they also love our places. When they arrive here, they find themselves immersed in a context that surprises them, that fascinates.

I like to think that the magic that had already bewitched Goethe in the eighteenth century continues to repeat itself.

What is your relationship with (national and international) wine critics?

There is a little mistrust on Campania wine: it is a fact. This, on the one hand, makes the awards obtained even more important and on the other it is a stimulus to continue working well. In general, I don’t particularly like to make comparisons, to get too excited about these aspects and what they represent. Let’s say that I have a very secular relationship with scores and awards, also starting from one fact: we usually sell all our wine by Christmas. For me, at the very end, this is the result that matters.

I’ll ask you one last personal question. Coming from a story like that you told us, have you ever imagined yourself doing anything else in your life?

Look, I’ve done different things too. I have a degree in law, for example. However, I have never seen myself in any other horizon. The appeal of the vineyard is too strong and it is such a beautiful world that I never really thought of leaving.

The power of label (and not only)

The serendipity of Amarone and the myth of Giuseppe Quintarelli