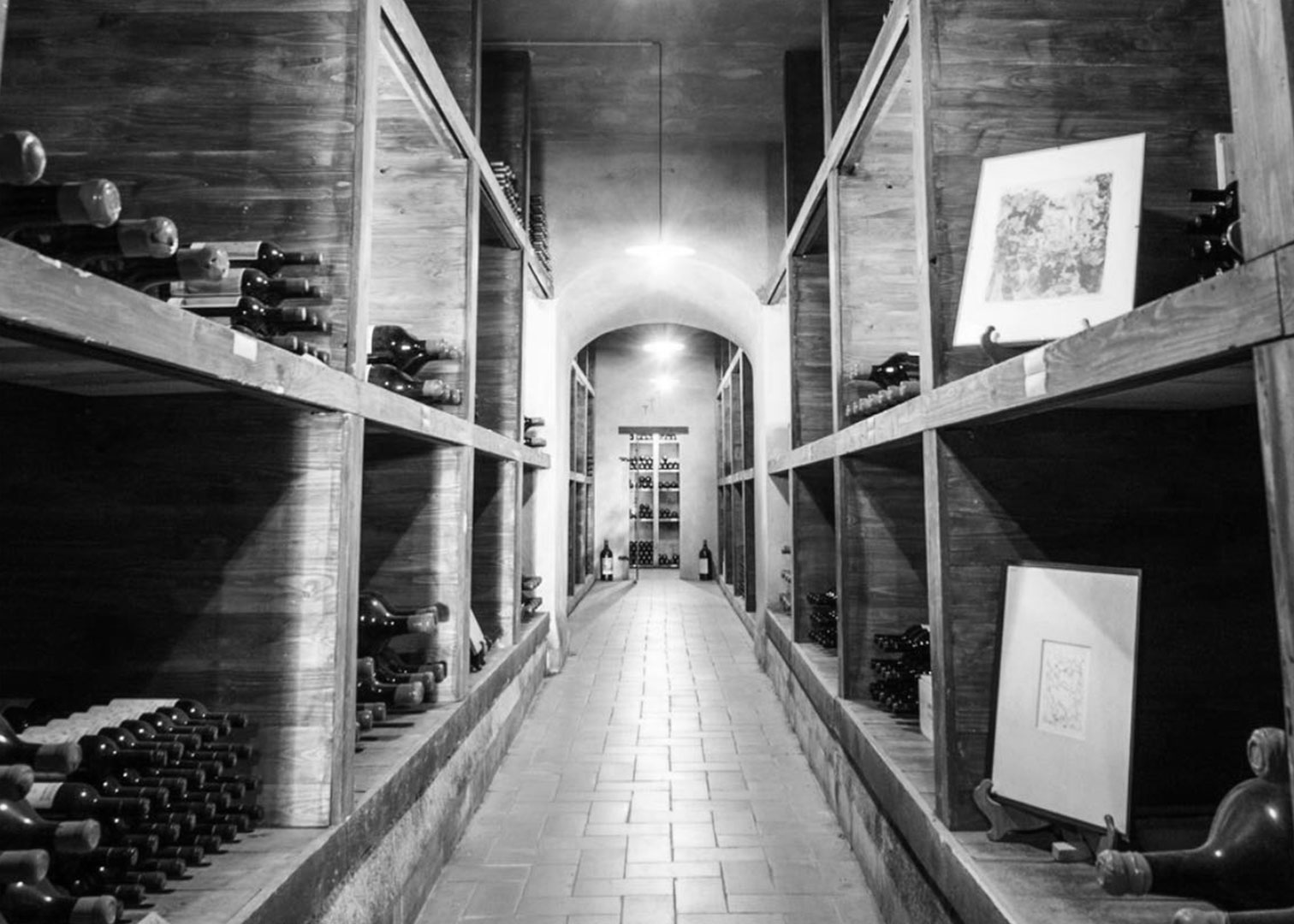 Some time ago, in our article “Fine Wines between Investment and Collecting 1″ we addressed a series of aspects related to the appeal of fine wines towards those who  do  not put the tasting of a wine, a vintage or a specific format necessarily at the top of their preferences but which, instead, prefer to focus on different aspects that always have as a common denominator the sought after, famous, limited wine in some ways also capable of becoming a speculative product.

As we have seen, the topic of fine wines presents a series of critical issues to consider and address before starting an own purchasing activity.

Once the preparatory process has been completed and the necessary resources have been made available, the most difficult question must be faced: where to start from?

The answers are several, perhaps even infinite: the wider the choice and the potential combinations, the more the need to apply a necessary pragmatism to the topic not to get caught up in the sprawling world of investment wine.

Although there is a series of tools to support those who approach this dimension with the idea of diversifying their investments, either implementing speculative maneuvers or for the purpose of genuine collectionism, these are not always accessible to everyone.  In fact, there are platforms dedicated to the sale of any type of wine, even fine, full carton or wooden case, in limited or large quantities, where daily sellers and buyers from all over the world do confront, mostly linked to the B2B world, in a context of costly barriers to the entry. Of course, you can certainly skip these and follow a simpler approach within everyone’s reach through the use of social networks or dedicated sites that allow comparison   between private and non-private individuals, also on the basis of individual bottles.

In addition, it must be taken into account how the typical buying and selling dynamics of private individuals differ according to the purpose of the investment,  the  resources available, the risk appetite of the individual as well as  the personal feelings, preferences and considerations, own or made such by the comparison with third parties or by the publication of guides and scores of international critics, historically with a more than relevant role in influencing the choices of those who invest resources in wine.

Since the topic is quite complex and approachable from several positions according to the real needs of the buyer, we will try to simplify it as much as possible, focusing our attention on the most difficult question mentioned above and sharing our experience gained on the Italian and international market.

Inevitably this will lead to focusing attention on some wineries to the detriment of others, on whose proposal there is nothing to object and against which there is no foreclosure beyond a duty of synthesis to contain the scope of our content.

Starting from the Bel Paese and its countless excellent wine productions, we would  undoubtedly  suggest focusing attention on BBBA+, which is not a financial rating but only a quick acronym referred to “Brunello, Barolo, Barbaresco, Amarone” and that leaves the “+” to interpretation, today little subject to fantasy and more concretely linked to wines called in their first phase “Supertuscan” and that today, thanks to the efforts of many winemakers carried out in recent decades, are assorted as a global reference with regard to the Italian wine.

Starting our analysis from this last category, how can we not mention the true national iconic wine, from which so much (everything?) began, the Sassicaia of Tenuta San Guido? Born in the sixties at the behest of Mario Incisa della Rocchetta, there is no vintage without a race to buy all the available bottle formats. Beyond a quality and a tasting experience at the highest levels, Sassicaia is perhaps the best known (and traded) Italian wine in the world, always at the top of international criticism and characterized by a constant growth of its valuations, even after a short time from the purchase (which is recommended at the time of annual release, typically between first and second quarter of each year).

Our dispassionate suggestion regarding Sassicaia: we recommend using only official purchase channels being also, and unfortunately, the Italian wine most prone to counterfeiting.

If San Guido made Bolgheri great, thanks to the precious assist of Giosuè Carducci and, first of all, of nature itself, particularly generous in this upper part of the Maremma, the alternation between two legendary families for Italian wine, Antinori and Frescobaldi, leads to two champions of Bolgheri, Masseto and Ornellaia, as close in terms of properties as different as philosophy, terroir, production style and positioning market.

Two iconic labels, never satisfied in conquering the hearts of collectors, enthusiasts and investors, that represent a safe haven for invested capital given the always high demand that characterizes them at every release on the market.

A boutade wants a wine whose name ends in “-aia” to be characterized by high quality and to be, in a nutshell, a sort of safe refuge: beyond the many other excellent, wines with the same ending, it is at Solaia from Antinori that you have to look after the equally noble wines from Bolgheri.

A wine with distinct characteristics, coming from a different territory such as Chianti Classico where the Tignanello Estate benefits from an exceptional terroir exploited to the best by the Antinori family in producing, from vineyards insistent on the same hill, two excellences such as, in fact, Solaia and Tignanello, labels of noble rank always strongly requested on the market and appreciated by international critics, sometimes even with the highest honors.

We all know Tuscany is a forge of great wines, now coming from many territories demonstrating the vocation of this region and the great skills of winemakers. The  above list is undoubtedly reductive, not having left the deserved space to iconic wineries that over the years have carved out a very important role, we think of Montevertine, Fontodi, Bibi Graetz, Tenuta di Trinoro, Le Pupille, Castello di Ama, San Giusto a Rentennano, Castellare di Castellina, Le Macchiole, Petrolo, Isole e Olena, Tenuta di Biserno, Monteverro, Tua Rita, Ricasoli, Querciabella, just to name a few  that, with one and more wines, are recognized to have an international standing and appeal.

But we cannot talk about Tuscany without considering one of the most famous medieval villages in the world, that Montalcino which is characterized by being the capital of good drinking based on Sangiovese Grosso, or Brunello.

The topic here is undoubtedly vast and therefore complex: Brunello di Montalcino is a wine that from many years presents a quality standard at the highest, so much so that more and more wineries now symbolize the town within a healthy kaleidoscope made of tradition and innovation, of old and new generations who pass the baton setting new and increasingly ambitious goals.

Although Tuscany plays a key role in offering an extreme variety of fine wines subject to continuous purchases and investments, another region can offer a truly wide choice within a piece of land between the municipalities of Barolo and Barbaresco is Piedmont.

Land of great wines the Langa, with a great tradition and characterized by a splendid evolution over the years, so as to propose today a varied offer that well symbolizes the mix between a well-rooted tradition and an accepted   reinterpretation of Nebbiolo, the reference grape over time flanked by the equally native Barbera and, sometimes, Freisa.

Being able to make an exhaustive a list of investment tips is a difficult task in the Langhe, where you can easily do wrong to many excellent producers with vineyards belonging to the same MGA and physically bordering those of more noble wineries given the fragmentation of the parcels especially in those particularly suitable areas (some examples: Asili, Pajè and  Rabajà in Barbaresco, Cannubi in Barolo, Rocche dell’Annunziata and Cerequio in La Morra, Villero and Bricco Boschis in Castiglione Falletto, Mosconi, and Bussia in Monforte d’Alba, Vignarionda and Falletto in Serralunga or Ravera in Novello) .

The great variety and consequent fragmentation of the parcels also imply very limited productions in those vineyards where the only spoken language is the extreme quality and where yields are deliberately reduced to extract the maximum from every single berry.

A reference for this way of operating is certainly Giacomo Conterno, father of one of the most famous reserve wines in the world, the Monfortino, and able to produce unique masterpieces from his own crus of Arione, Francia and Cerretta.

The Langhe have experienced periods in which family generations have succeeded one after the other, often leaving their own  indelible imprint in the  history of the territory and the wine offer: this is the case of the Gaja winery, where the fourth generation led by Angelo has definitely changed the oenology of the Langhe through important innovations that have brought the entire production of this winery to the highest levels on global scale, so much so that it is continuously sought after and exchanged.

Every historical producer active between Barolo and Barbaresco is the guardian of the history and excellence of these lands, dedicated to quality wine known all over the world: mentioning one rather than another is an arduous challenge, having at your disposal a mix of true champions. Names such as Luciano Sandrone, Vietti, Bartolo Mascarello, Roberto Voerzio, Elio Grasso, Rinaldi, Paolo Scavino, Domenico Clerico, Giuseppe Mascarello, Bruno Giacosa, Aldo Conterno, Lorenzo Accomasso, Roagna, G.D. Vajra, Cavallotto, Pio Cesare, Burlotto or Borgogno are all wineries that, over the years, have produced extraordinary wines and that still today see a demand for their excellences exceed, and not a little, the offer, often more and more limited.

Plenty the merits among Piedmontese producers, while defects…well, maybe too much choice!

We conclude our roundup of the most representative wines of the boot with an area where two absolute champions are able to best tame a wine as important as Amarone della Valpolicella: Giuseppe Quintarelli and Romano Dal Forno. Historically the object of interest from collectors and also investors, these two producers, who over time have been joined by from other excellences that are increasingly taking ground on the market, remain well-representative alfieri of a heterogeneous, vast territory, where the mix of grapes and the techniques of drying and aging allow the creation of exceptional wines, not limited to Amarone only but also Valpolicella Superiore and Recioto.

As introduced at the beginning, the Italian territory is certainly complex and the very high average quality of the wine produced does not make it easy to summarize schematically what we believe are in some ways the national champions.

In fact, our narrative does not aspire to be exhaustive, indeed we expect to have left out noble names, which we trust they won’t blame us, and to have skipped many emerging areas of sure interest and potential.

However, we hope that the reader can benefit from our efforts confirming the perpetual willingness of the Winefully Team to always analyze and fully understand the needs and expectations of our clients.