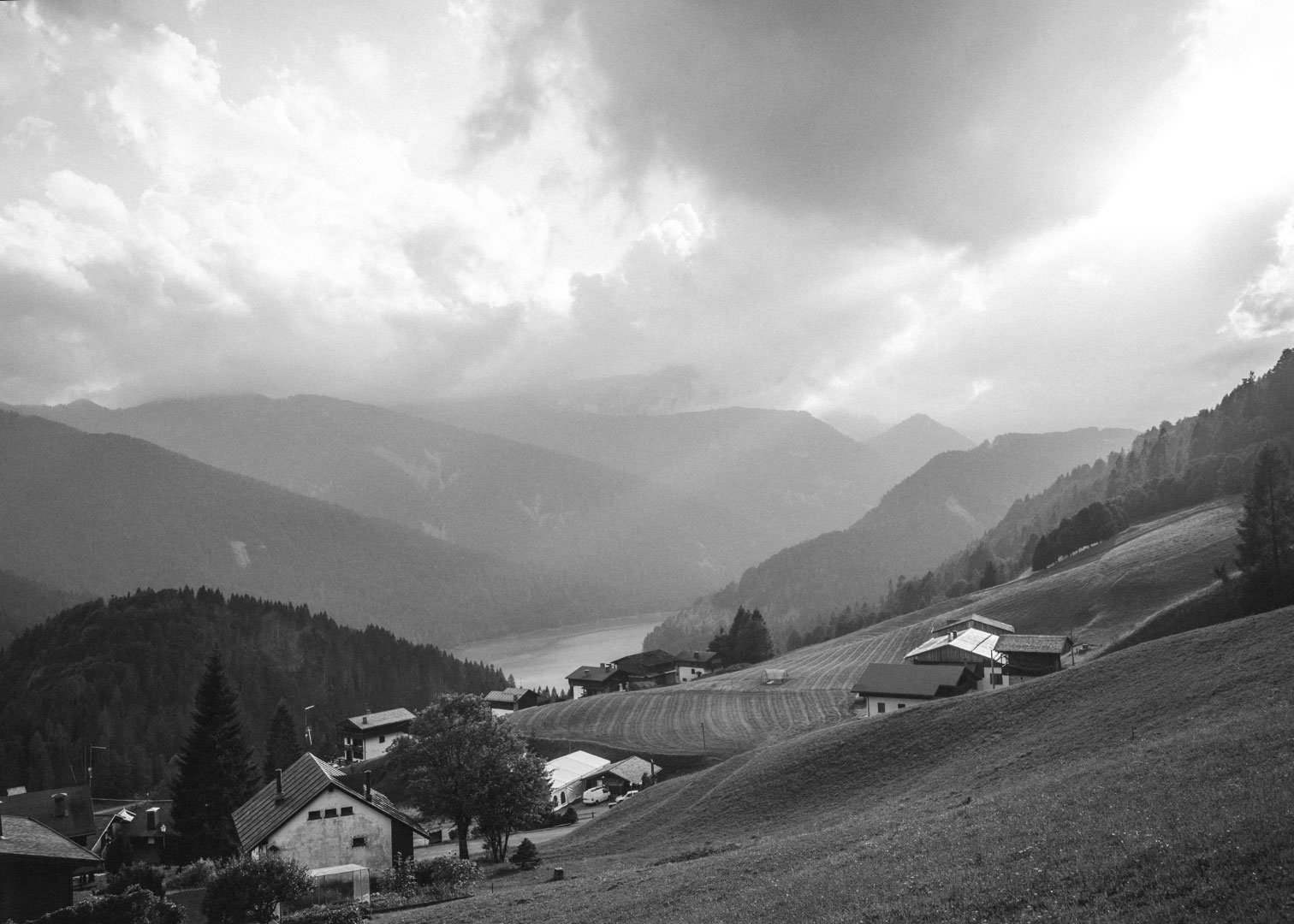 It is a borderland, Friuli-Venezia Giulia, which maintains this imprint of the Eastern frontier in its food and wine DNA. If a traveler from afar (Mars?) Landed without knowing its history, the irredentism of the Risorgimento and the Trieste question, he could immediately perceive its Central European breath, tasting its wines and typical dishes.

Whites in particular are the liquid gold of these lands which are highly suited for their geographic conformation, climate and soils. It goes without saying that the frontier culture of this Italian region is also expressed in Friulian wines, to the point that some white berried grapes such as Malvasia Istriana and Vitovska evoke in the name the historical proximity to the Istrian peninsula. Among the most characteristic indigenous varieties of Friuli, in addition to the two just mentioned, there are the Ribolla Gialla, the Malvasia and the Friulano, while among the international vines the Pinot Grigio, the Sauvignon and the Chardonnay. On the kitchen front, the Central European influence is found in the use of combinations of sweet and savory, in pork dishes and in the wise use of soups.

The journey among the most important denominations of the region can only start from Collio, in the province of Gorizia, where some extraordinary producers are concentrated. One of these is Jermann, who in his beautiful Ruttars estate in Dolegna del Collio surrounded by 20 hectares, produces some of the most iconic wines of the region. One for all? Vintage Tunina, a white from Sauvignon, Chardonnay, Ribolla Gialla, Malvasia and a (magical!) Touch of native sweet wine. It is the “Mennea of ​​Italian wines” for that snappy and powerful sip like the famous sprinter, a nickname given to it by none other than Luigi Veronelli, master of Italian enocritica. Among his admirers also Daniele Cernilli, aka Doctorwine, a long-time journalist who described its characteristics in this way: “It has a bright straw color with golden reflections. The perfume is intense, broad, of great elegance and persistence, with hints of honey and wild flowers. It has a dry, soft, very harmonious flavor, with exceptional persistence, due to the particularly full body “. When you are in the area do not miss the opportunity to taste it with some traditional Friulian dishes, such as cjarson della Carnia, ravioli stuffed with sweet-salty filling, while back home loaded with Tunina you can combine it with fish-based preparations, such as sumptuous tuna in a pistachio crust. A wine that in 2015 celebrated its “first 40 years” with a limited collector’s edition, Vintage Tunina Historical Edition, the equivalent of a piece of history in the glass.

There is another producer, which we recommend you visit, which is again in the Collio Goriziano. It is from there that a strong wind of change rose a few years ago (other than the 150 km / h of the Trieste bora!), Which completely revolutionized the concept of natural wines in Italy. That wind, who became a winemaker, is Josko Gravner, who in 2001 comes out with his first wine macerated in Georgian amphorae. Criticism crushes him, he goes straight on his way. And he wins. Its revolutionary wind turns into a hurricane, marking the boundary between the before and after. You cannot say that you know Gravner’s production without tasting its legendary 8.9.10, a Ribolla Riserva made from botrytized grapes, with an intense golden yellow, a nose of resins, saffron and dehydrated fruit, a structured sip with a tannic finish. And then there is the 2006 Rosso Breg from Pignolo, a native grape that has risked disappearing. Gravner not only saves it, but ennobles it, using it for the first red fermented in amphora. Only 700 bottles, all Magnum, for a wine that comes out 14 years after the harvest: destined to become a legend.

Continuing our journey in the Friulian frontier lands, we cannot forget that this region is home to two sweet nectars, the Picolit DOCG, produced with the vine of the same name, and the Ramandolo DOCG from Verduzzo Friulano. The typical combination? With the delicious gubana, a dessert based on dried fruit, a triumph of taste and… calories! Verduzzo, one of the most important of the Friuli Colli Orientali appellation in the province of Udine, proves to be transversal, lending itself to both sweet and dry wines. With a straw-yellow color, delicate aromas of herbs, citrus fruits and mineral hints, savory and fresh palate, Friulano can be combined with various dishes, from raw fish to vegetable first courses.

Friuli is not just white wines, as Gravner has shown. In addition to its Pignolo, the region’s symbolic wines are the Refosco dal peduncolo rosso, the Schioppettino and the Tazzelenghe. The first is also present in Veneto, but it is in Friuli that it finds its greatest vocation, so much so that it is present in various denominations, such as the Colli Orientali del Friuli, Aquileia, Grave and Latisana.

The Schioppettino is perhaps among the most recognizable Friulian red wines of all time, due to that typical note of black pepper that characterizes its aroma and sip. Also for this natural spiciness, accentuated by the passage in wood desired by many producers of the Eastern Hills, this structured red is wonderful with meats and cheeses such as Montasio.

Never forget the first Tazzelenghe Colli Orientali! This red wine is perhaps the most typical of all those of the region, by name and organoleptic characteristics. In the name there is a whole program, “Tacelenghe”, that is, it cuts the tongue in dialect, due to that astringent and rough tannin, now skilfully refined by the winemakers with wooden passages. A broad spiciness is perceived in this red, dense aromas of ripe red fruit, warm sip and clear tannins. What do we match? Whatever you want, from sweet and sour pork to frico, a traditional dish made with melted cheese, potatoes and onions

Our stroll around the region ends in Trieste, sipping a Carso Terrano Doc, from the terraces of the Miramare castle, one of the most loved places by Empress Sissi. This red is part of the large Refoschi family, also produced in Slovenia, marked by aromas of blackberry, plum and currant bud, fresh and tannic mouth. We suggest you combine it with pork, taking inspiration from the spiced “cevapcic” meat.

Our journey ends here; see you next time, always armed with goblet and corkscrew!

Giordana Talamona, journalist specializing in food and wine and wine & food consultant, collaborates with sector and lifestyle magazines such as La La Wine, Bubble’s, The Italian Wine Journal, Style.it del Corriere and Life Style Made in Italy Magazine. To give solidity to her preparation, she became a sommelier, a qualification that allowed her to hold guided tastings, courses of approach to wine for cooking schools and to organize tastings for the launch of products with the press as PR.