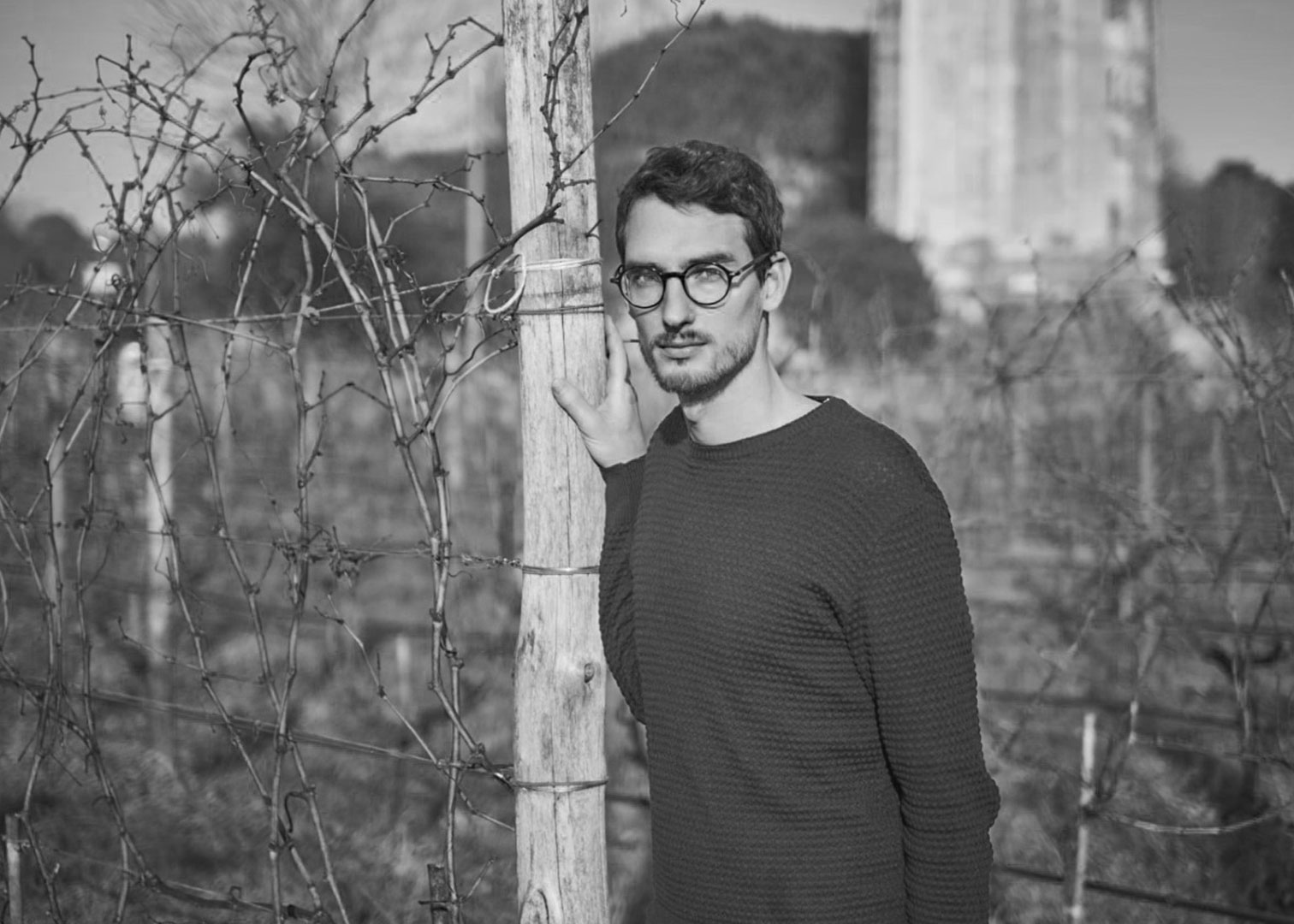 Matteo Bisol, together with his father Gianluca, manages the Venissa universe in all its expressions. Talking to him means investigating a word that is often abused, sometimes exploited, always trendy, but hardly ever explored in its deepest meaning. Sustainability. With Matteo we discover that basically the concept is linear and answers a simple question: does the land we inhabit have the resources to support our project? Are we enriching the territory, or burdening it?

Hi Matteo, to talk about the Venissa world and its balance, we could start from the harvest that followed the great high tide of two years ago. A specific episode which, however, presents a series of peculiar elements of the lagoon world tout court.

You went to Venissa’s in November 2019, the month of the great high water. That was an event that made us worry a lot, because the water reached record levels, similar to those that 50 years ago had given a very hard blow to viticulture in the lagoon. Then until April, when the vineyard started again, we did not have the opportunity to understand how things were, because during the winter you cannot know if the vines have survived or not. So these were months of great apprehension, and in the spring it was a relief to see the plants start again. A demonstration of how the vine in general, and the Dorona in particular, can adapt to any type of condition. It is the magic of this vine, which has been able to adapt to the climate, the soil, and many typical lagoon phenomena. I think this also represents the deepest meaning of Venice and its world. A continuous adaptation of man to nature, which leads to something wonderful.

How was the 2020 harvest, which followed the high water you mentioned?

For us it was literally the best harvest ever. The theme to be resolved is that of the salt effects in grape cultivation. If we look at the analyzes, we do not find a sodium level different from that of wines produced in other places. This is because the vine does not have a good relationship with salt, and therefore tends not to take it, it leaves it in the ground. Therefore there is no direct transposition of sodium in wine. Instead, what exists is an indirect transposition of the same, in the sense that the salt quantity present in the soil decreases the vigor and the quantity of grapes produced. The effect is similar to that of many calcareous or chalky soils. Difficult soils, not fertile, not generous, which somehow put the plant in difficulty. This difficult condition allows to make a limited production, and to arrive at wines with more character and more complexity. In 2020, after the high water, this is exactly what happened. And who knows how many other things we will discover. We started less than twenty years ago, a very short time in the world of wine. The vineyard is fifteen years old, and only recently has it begun to express itself in its adult stage. It is still a young vineyard. We ourselves are trying to understand how to express its full potential, and we can only do it from year to year, waiting for the times of nature.

Speaking about Dorona, how did your story with this grape variety start?

In 2002 my father found the first plants. With a small boat, and a bicycle on board, we toured the lesser known islands, in search of the last farmers active in the cultivation of varieties that have almost disappeared. We found about eighty plants and planted the Venissa vineyard, on the Mazzorbo island. We have chosen an area that has always been dedicated to agriculture, and viticulture in particular. We are talking about difficult terrains, and we were surprised by Dorona’s ability to bring wines of great harmony and finesse.

Balance and finesse. Is this, then, the stylistic code of Venissa’s wines?

Yes, these are the main characteristics of our wines. The same balance that the variety experiences in relation to its environment can be found in the glass. I generally believe that great wines are not simply the terroir result, but of the balance between the terroir, the grape variety and the man who has learned to make these components interact.

And what about Venissa 2016 specifically?

Look, maybe I’d say it’s the best vintage of the decade. Definitely superior to 2015, first of all in terms of freshness. It is also more elegant. We are very satisfied. And we were struck by how the vineyard, year after year, has been able to adapt to the environmental context. The more the years pass, the more the vines enter into symbiosis with the nature that surrounds them, and the less they need our intervention. Just think that in certain points of the vineyard there are a lot of typically lagoon plants, such as glasswort. In other slightly higher areas, we are talking about a few tens of centimeters, you see other types appear. Like poppies, for example. And then many insects and other animals such as ducks, herons, hummingbirds. And everything naturally dialogues with the rest of the context. This comes from a reasoned choice. In Venissa we have decided to contain the area dedicated to the vineyard to make room for trees, meadows, orchards. For us it was an essential point.

Let’s talk about the reds world, instead. Rosso Venissa has a different history, and also from a geographical point view it was born on another island, correct?

Yes, it’s true, we are talking about the Santa Cristina island. A unique island, located in an area of ​​the lagoon that is very difficult to reach. In this case we can really speak of heroic viticulture, because we have very great difficulties in working that vineyard. First, because not all boats can reach the island. There are no canals, so whoever drives the boat must know exactly where to go, so as not to be “aground”. In addition, the island can only be reached in conditions of high tide, so all processes are marked by the tides, in fact.

What’s on the island? Is it inhabited?

Basically nobody lives there. The René idea​​, owner of the island and descendant of the Swarovski family, was to create a sort of ashram for meditation experiences. There are vegetable gardens, animals, and a large part of the fish pond, with lots of fish such as sea bream and sea bass. It truly is an ecosystem unto itself. There are thirty hectares, if I’m not mistaken, of which fifteen are water. While the vineyard is three hectares. We mainly have Merlot, which has been a widespread grape variety in Veneto for several centuries, and then there is 20% Cabernet Sauvignon. Fortunately, we do not have the problem of high water there, because the island is slightly raised and surrounded by stone embankments.

Among other things, the Santa Cristina island has a very ancient history.

Yes, it is the only remaining island of what used to be the Ammiana archipelago, which has disappeared for centuries. Together with Torcello, it represented one of the first settlements of Roman Venice, where Venice was actually born. They are places of great history.

What results are you getting with Rosso Venissa? What are its salient features?

We are happy with the results we are having. To date, the typical salinity and minerality of the lagoon save us from the hot climate. I do not think that in general Italy is the right land for producing great Merlots. Masseto, for example, is an exception precisely because it comes from soils with a very high salinity. They, like us, often have plants that suffer and die from salt toxicity, too. The agronomist we work with also follows them, and has repeatedly confirmed that there are many similarities between the two vineyards, despite being in completely different areas. Because the climate of the Venice Lagoon is more similar to that of Tuscany, rather than the Veneto climate. It is a climate that, due to average temperatures and rainfall, takes us further south.

How will Rosso Venissa evolve, and with what times?

Look, this is precisely the point of our work, the time. These are long processes, it takes years to understand the expressive potential of the two grape varieties. Getting to the wine we have in mind requires patience. If you want, the beauty of our work also comes from here: the wine you have in your head today is an evolution of what you are putting on the market. With the Rosso we are proposing the 2012, which is splendid, and in the meantime there have been evolutions, we ourselves have changed. I believe that we can still work to find the maximum expression of Merlot, and this gives me great hope. Because today we have already reached a very interesting point, and the idea that there is still a long way to go bodes well for the future.