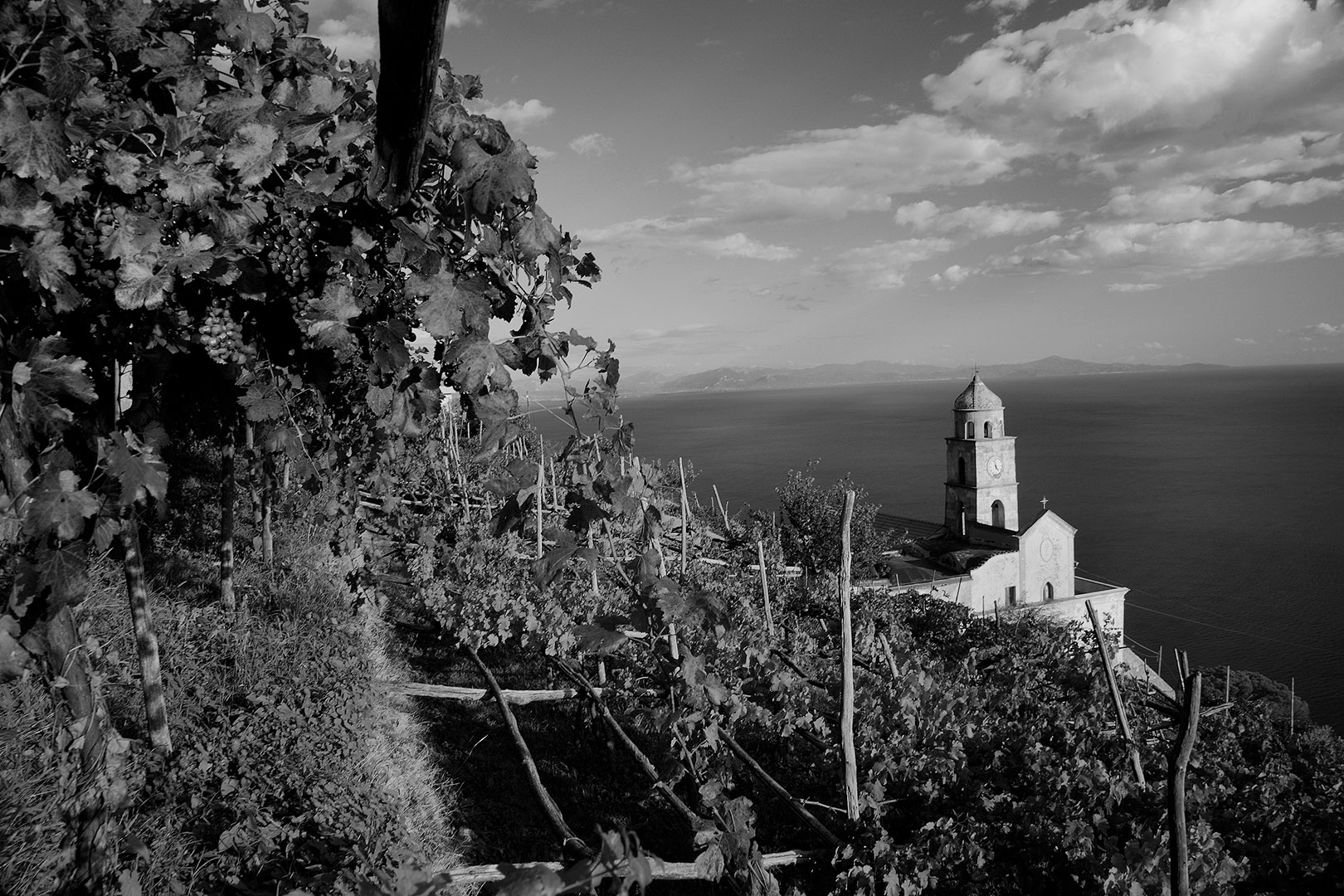 When it speaks to heroic viticulture, the first thought goes to a romantic concept of growing grapes in extreme and almost prohibitive conditions. The interpretation itself is correct, however it is interesting to underline that the definition has more precise boundaries. In fact, there are four specific requirements and agricultural practice must meet at least one of these in order to speak of heroic viticulture.

The first, the one for which the definition is mainly known, concerns the land slopes, which must exceed 30%. This of course makes everything more difficult. For the man, first of all, who finds himself having to carry out various agricultural activities facing grueling climbs and descents. There is also a theme of mechanization, or rather non-mechanization, given that this type of slope makes it practically impossible to work with the machines that are generally used in “canonical” agricultural contexts. To this is added a further “heroic” factor, because in general the extensions of these vineyards are limited. So not only the difficulties and the fatigue multiply, but the production from the quantitative point of view is always small. It goes without saying that the work, strongly oriented towards high quality, only makes sense when we are talking about land with a very high vocation.

The second requirement to be able to speak of heroic viticulture, is the fact that cultivation takes place on terraces, or steps. The Valtellina case is emblematic, one of the most cited when talking about the subject, where the terraces chisel the mountainside with a level of care and precision that is unique in the world. Masterpieces like these represent a real sublimation of the fragile balance between man and nature. While on the one hand the agri-food industry, supported by machines, in a certain sense represents the total domination of human beings, in contexts such as that of Valtellina a close and constant dialogue is staged. One takes, one gives, nothing is easy, and the efforts are enormous even to snatch the smallest patch of land from the rock.

Third requirement that enables the word “heroic”: altitude. The higher you go, the more complicated it is to make wine. However, there are particular situations where a mixture of factors including the vine variety, the ability of man and the territorial context make it possible to grow vines at considerable altitudes. In Val D’Aosta and Alto Adige it is not uncommon to find vineyards at 800, 900 and even above 1,000 meters, up to the 1,350 of the Marienberg Benedictine abbey, which ranks among the very few in Europe capable of reaching this high .

The last point highlights how heroic viticulture does not necessarily mean a mountainous context. The fourth requirement, in fact, speaks of “cultivation on small islands”. Like those of the Venice Lagoon, for example, where high water submerges the vines and the boat becomes the main means of transport during the harvest. Lands suspended between water and earth, where the roots of plants touch the salty water of the sea and their very life is constantly under discussion.

To stay on topic with the maritime context, there are cases in which the presence of the sea coexists with vertiginous slopes. For example, the vineyards where the famous Sciacchetrà is produced, a well-known passito produced in Liguria in the Cinque Terre area. Another striking case is that of the fjord of Furore, a veritable splinter of Northern Europe stuck in a decidedly Mediterranean context. In fact, we are talking about the Amalfi Coast, where in Furore the rock is furrowed by a deep crack covered with olive groves, lemon groves and vineyards. The symbolic reality of this incredible corner of Italy is that of Marisa Cuomo, who together with Andrea Ferraioli has led the company for over forty years. 10 hectares of land, 3.5 of which are owned, many of which are cultivated on the rocky walls overlooking the sea. Ginestra, Pepella, Tronto, Sciascinoso … are just some of the native varieties grown by the company. The cellar, dug into the rock, enjoys the correct temperature without the need for any control.

Fiorduva Bianco is the most representative wine of the company. Splendid blend of the three prefillossera grapes Fenile, Ginestra and Ripoli, it spends six months in small oak barrels. 2019 presents itself with a splendid golden yellow and an enveloping entrance that refers to the fleshy notes of apricot and mango. In the mouth it shows a progression that opens to light spiciness and hints of aromatic herbs. The finish is very long, punctuated by subtle iodized perceptions. It is precisely these, most of all, that recall the unique and extreme context in which this wine is born, the result of a very high profile viticulture that enhances places where nothing is taken for granted. In two words, heroic viticulture.